At AutoDeal, we’re pretty familiar with Ford Rangers. The model has been out since 2011 across a wide variety of markets. The Philippines got an update in 2021, and the newest crop of Rangers looks to be the best batch so far. Key updates to the exterior give the Ranger a new look, even if it is based on the old platform.

If you’ve been on the fence about Ford’s Ranger for quite some time now, maybe this iteration will entice you.

Nothing’s really changed from the pre-facelift. The grille is different along with a few other trim pieces. There’s still a lot to like about the Ranger’s design, but the grille adds an extra layer of gloss that breathes new life into a tried and true Blue Oval design. That being said, it’s familiar, but nothing too over the top.

The variant we’re reviewing is the Ranger Wildtrak 4×2, otherwise known as the single turbo. While it may not have a 4×4 system or the Biturbo EcoBlue diesel engine from the 4×4, FX4 MAX, and Ranger Raptor, it still has the same look as the top-tier Rangers, minus the new rolling shutter that is found on the Biturbo Wildtrak. Now, even without that, you’re still getting all the black accents and goodies that the update brings. We’re particular fans of the grille design, which is reminiscent of the FX4, but you get a bit more flair with the orange accents. It also gets LED lights in the front, and a rear that we’ve grown accustomed to. The wheels are the same size as before, coming in at 18-inches, but they now sport a glossy black paint job that matches the grille. 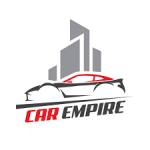